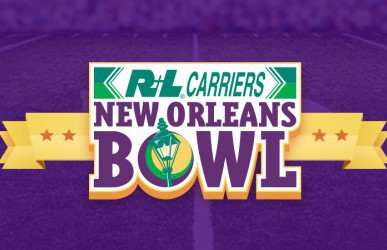 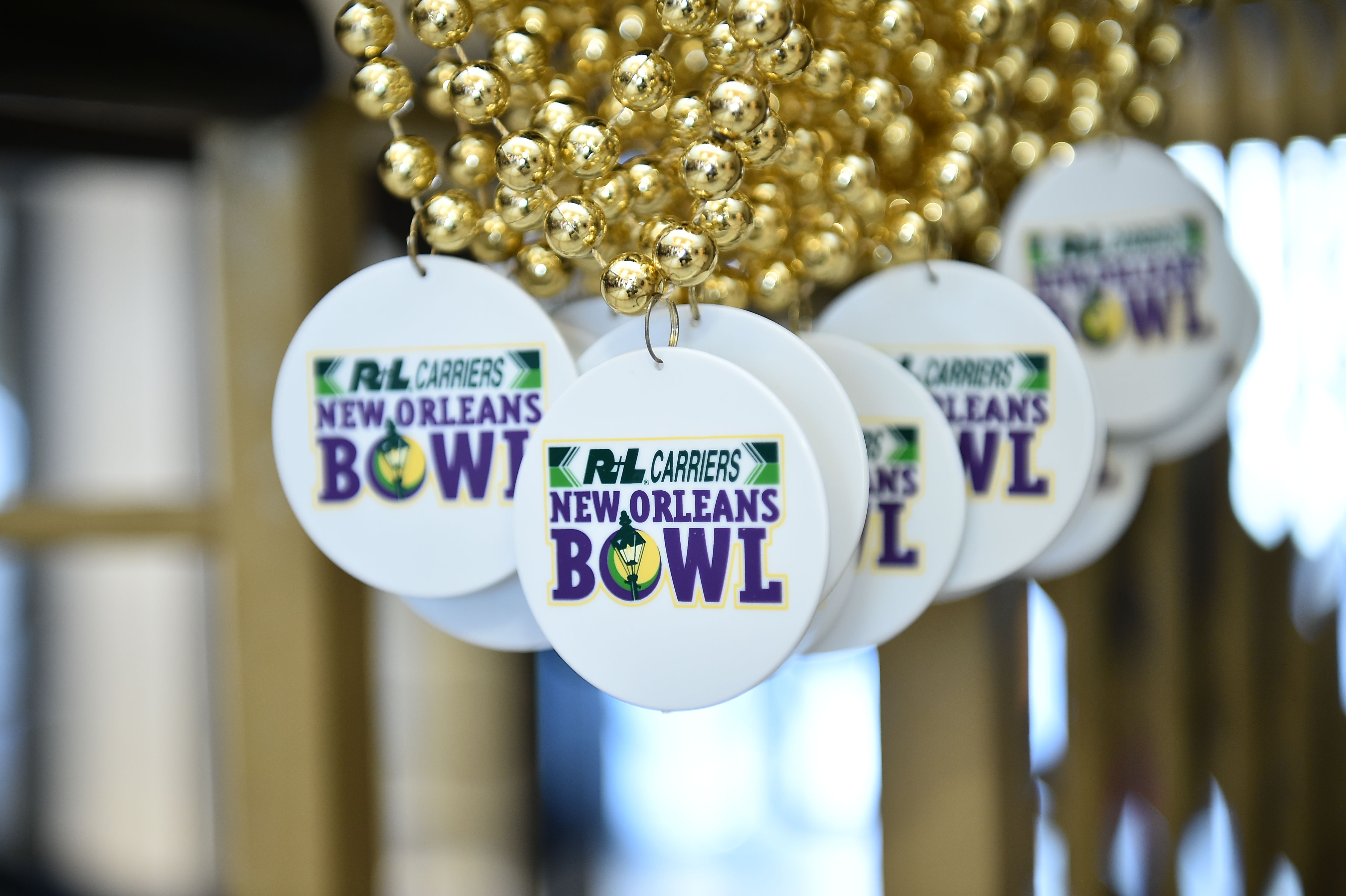 This year, Arkansas State arrived to their hotel in New Orleans on Tuesday afternoon.   Louisiana Tech made their appearance in NOLA the following afternoon and headed straight to practice. After the arrival of the teams, they were treated to a player’s only party at a local hot spot in New Orleans called Shamrock. During their party, the team played games, ate plenty of food and even sang karaoke. Whatever the future holds for these players, a show business career is definitely an option.

Media events took place on Thursday afternoon, with players and coaches talking game preparation. We had the chance to catch up with both Coach Holtz from Louisiana tech and Coach Anderson from Arkansas State. The teams also had a chance to go over game strategy in an on the field practice. 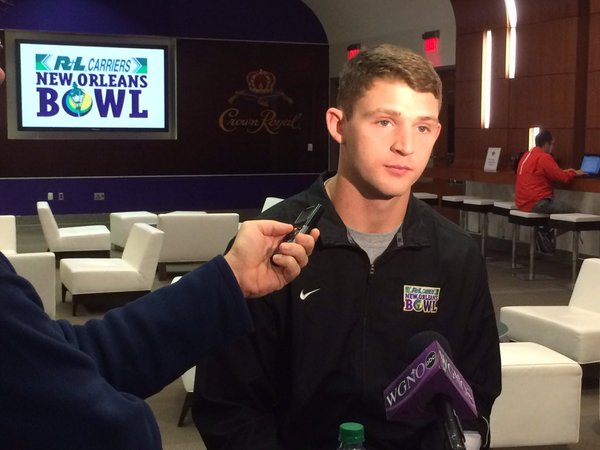 Jeff Driskel, QB for the Louisiana Tech Bulldogs talks to the media. 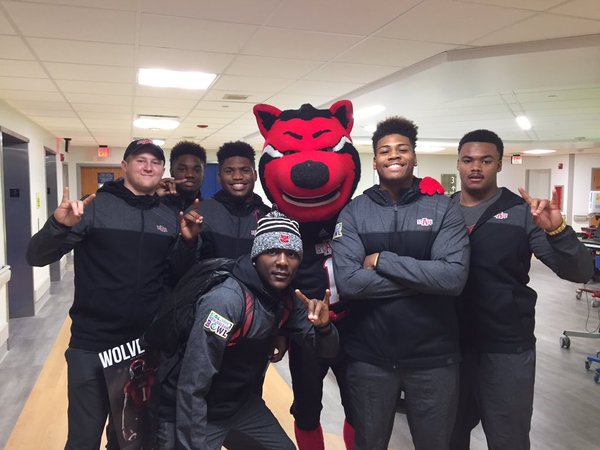 As in years past at the R+L Carriers New Orleans Bowl, a free Friday night concert will be taking place in Champions Square. The concert, which is open to the public, will feature REO Speedwagon and Big Sam’s Funky Nation. The concert will begin at 7:00 pm (CT).

In addition to game day kickoff, there are several things to remember on this big day. The R+L Carriers New Orleans Bowl are teaming up with local businesses to help send troops and kids to the game.  In addition, the R+L Carriers Hometown Showcase will be inside Championships Square providing a family-fun tailgating atmosphere for the community of New Orleans. Even if you are not going to the game, Championship Square is where you want to be from 3:00 pm – 8 pm (CT) this Saturday.

For more photos and exclusive footage from New Orleans follow at @RLCarriers on Twitter and Instagram. Be sure to “like” us on Facebook as well.  Look for game day giveaways on social media during the game. Kickoff for the 2015 R+L Carriers New Orleans Bowl is 9:00 pm (EST) on Saturday December 29. Watch the game live on ESPN!