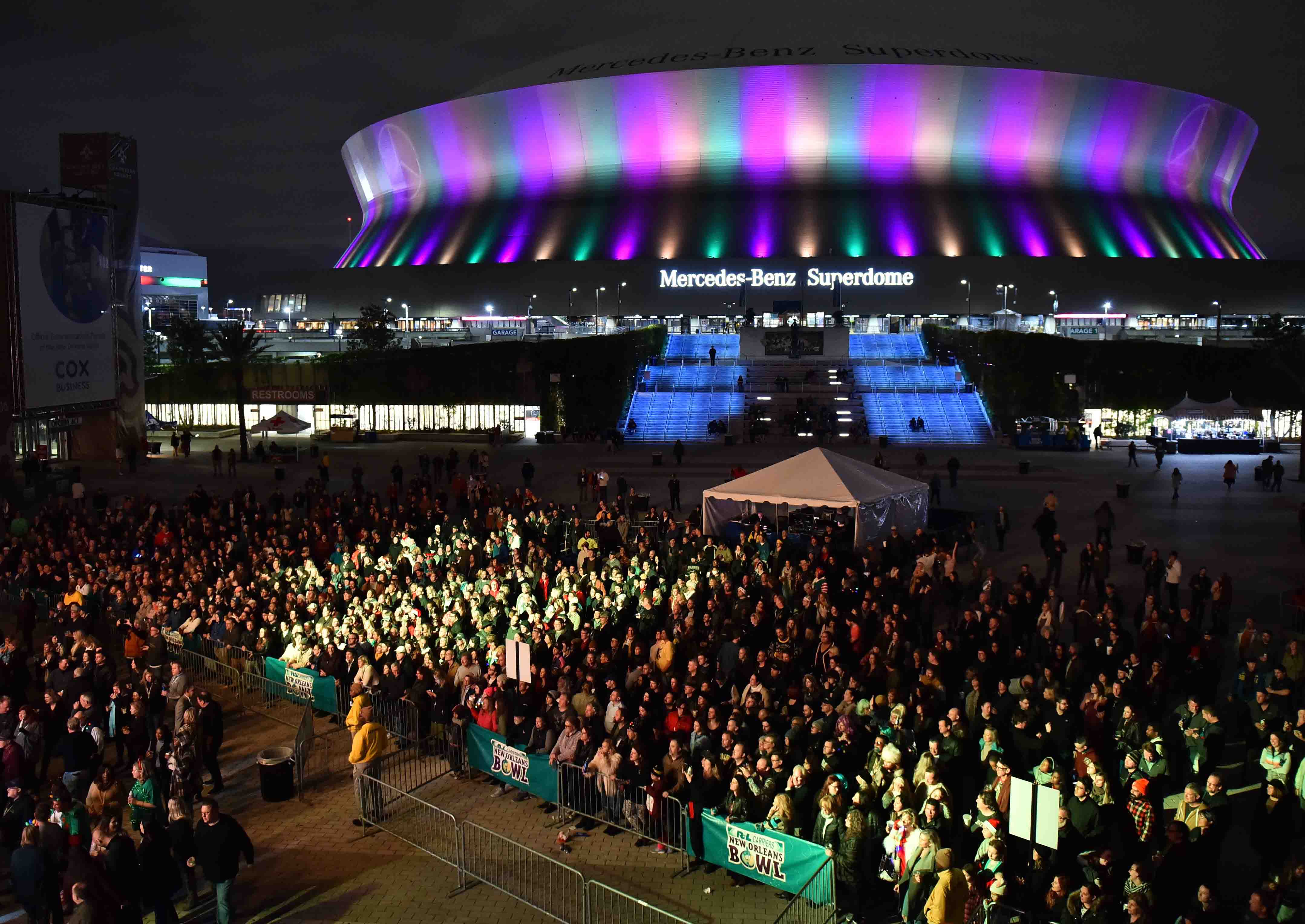 New Orleans’ Shamrock bills itself as “the biggest neighborhood bar in New Orleans and possibly the world.” Players from both teams had fun with 23 Pool Tables, 4 PingPong Cages, 7 Well Lit Dart Boards, 2 Mini Bowling Lanes, Foosball, AirHockey, Shuffle Board, Skee Ball, Punching Bag, Hoops, Soccer and Football Games. Shamrock spans 16,000 sq. feet and had plenty of room for teams to get their groove on. 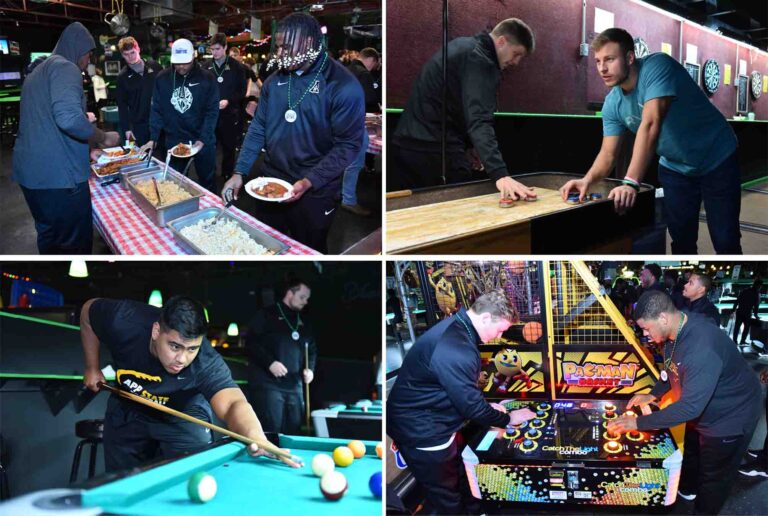 During Media Day, held at the Mercedes Benz Superdome, App. State Head Coach Shawn Clark and UAB Head Coach Bill Clark were happy to lend us a few minutes to talk about their New Orleans Bowl experience after the first few days. Watch their interviews here or click the Instagram post below for more details.

App. State and UAB Day of Service: Giving back to the New Orleans Community

Competing in the R+L Carriers New Orleans Bowl Game will leave players with memories they’ll never forget. While the App. State and UAB teams were in town, they took time to participate in the December 19 Day of Service, leaving many New Orleans natives with their own precious memories.

For the 2019 @NewOrleansBowl Day of Service, @UAB_FB and @AppState_FB visited different area locations to give back to the #NOLA community. pic.twitter.com/mHuMj2DBCk

Both teams visited the LSPCA Animal Rescue to help staff with animal care, and make a furry friend or two! Each team also stopped by Sunrise Senior Living to lead fun activities with the elderly.

UAB continued their work with senior citizens, organizing games at Lambeth House to give everyone a fun time. Eventually, it was time to break out the books so UAB sent players to the Kipp Central City school and the Kipp East branch to read to young students. They also went to the LCMC children’s hospital to continue channeling positive energy toward excited children.

It’s heartwarming to see the players helping New Orleans; we hope this year’s Day of Service was a time to make new friends and forge lasting connections for years to come.

Part of the pre-game festivities includes the annual Coaches and Players luncheon, held at the Marriott on Canal street. Each year, the luncheon features both teams, marching bands, mascots, cheerleaders and a rousing speech from a special keynote speaker, this year being former NFL player and Superbowl Champ Ryan Clark. App. State Head Coach Shawn Clark and UAB Head Coach Bill Clark began the event with insight into what makes their experiences in New Orleans “more than just a game.” 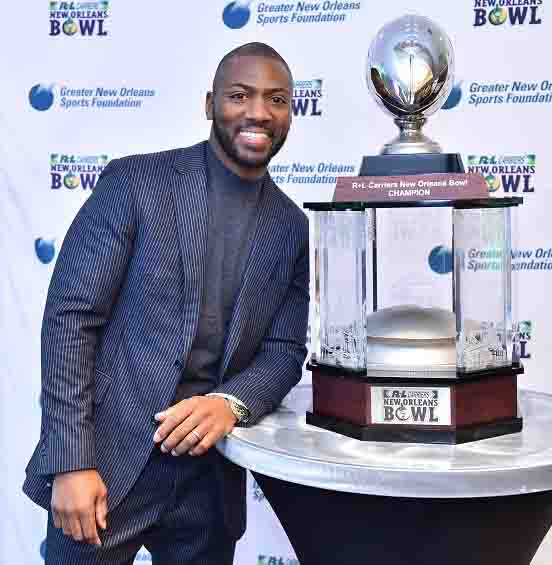 The keynote, Ryan, is no stranger to being behind the camera, especially in his current position as an Analyst for ESPN. His speech was a roller-coaster of emotions as he discussed his battle with sickle cell anemia and the birth of his children. Read more about Ryan Clark’s Keynote Address here.

Pregame festivities typically culminate in a Friday night pre-game concert, this year featuring the B-52s in Champions Square. It’s hard not to get lost in a wave of nostalgia hearing “Love Shack” performed live. We were happy to see such a large crowd turn out the event! 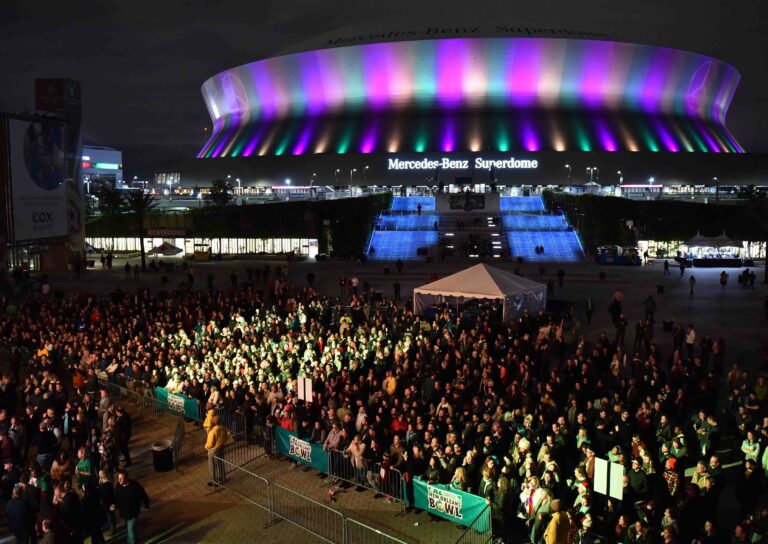 Join us for the 2019 R+L Carriers New Orleans Bowl

All of this pre-game action has been building up to the 14th annual R+L Carrier New Orleans bowl game Saturday, December 21 at 9 PM EST on ESPN. For live, behind-the-scenes action, follow us on Twitter, Facebook, and Instagram for exclusive content coming straight from the game. Tag your social media posts with #RLBowl to join the conversation and for a chance to be featured on social!