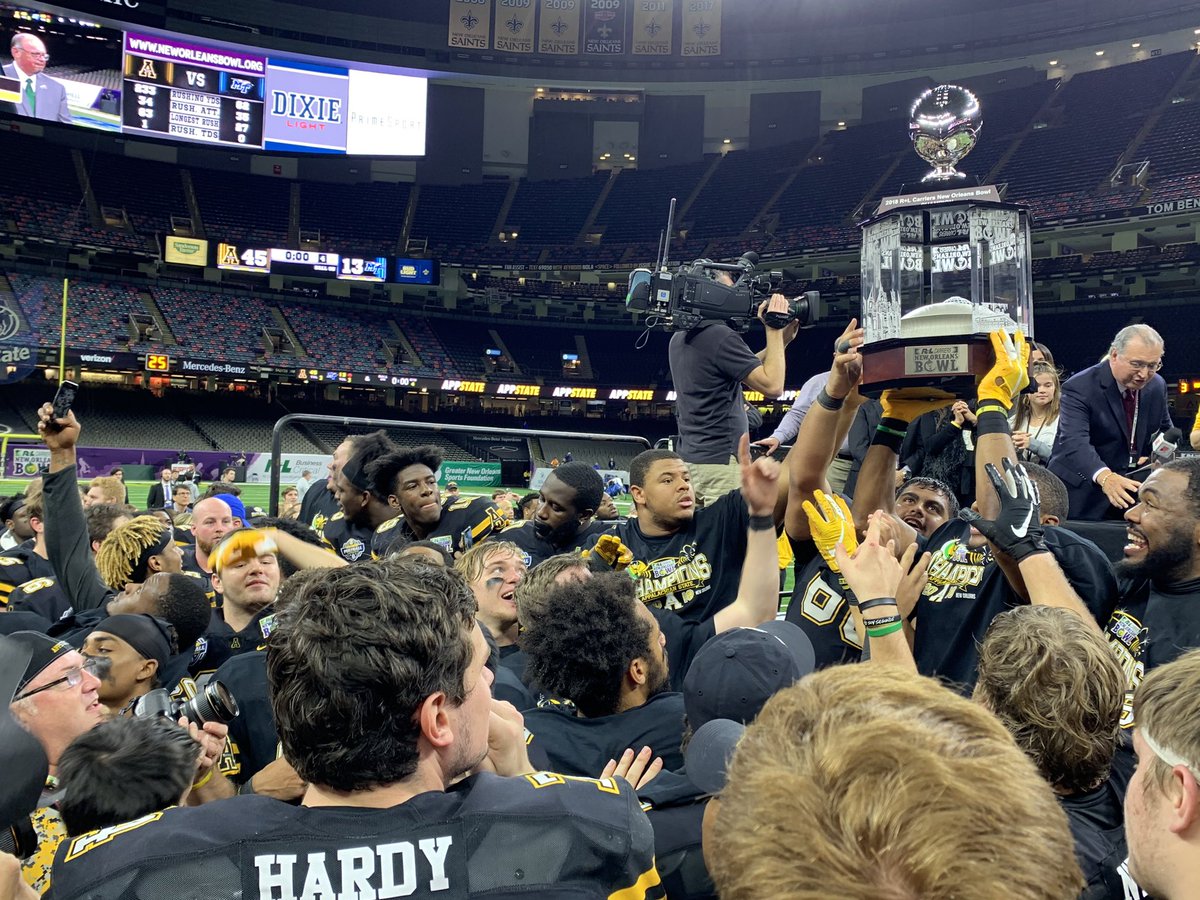 Congratulations to the Appalachian State Mountaineers for winning the 2018 R+L Carriers New Orleans Bowl! Appalachian State beat Middle Tennessee State in the Mercedes-Benz Superdome tonight by the score of 45-13.

Here are some highlights of the game from social media.

And there was this little fan…

We’ll see you back in the Mercedes-Benz Superdome in 2019!