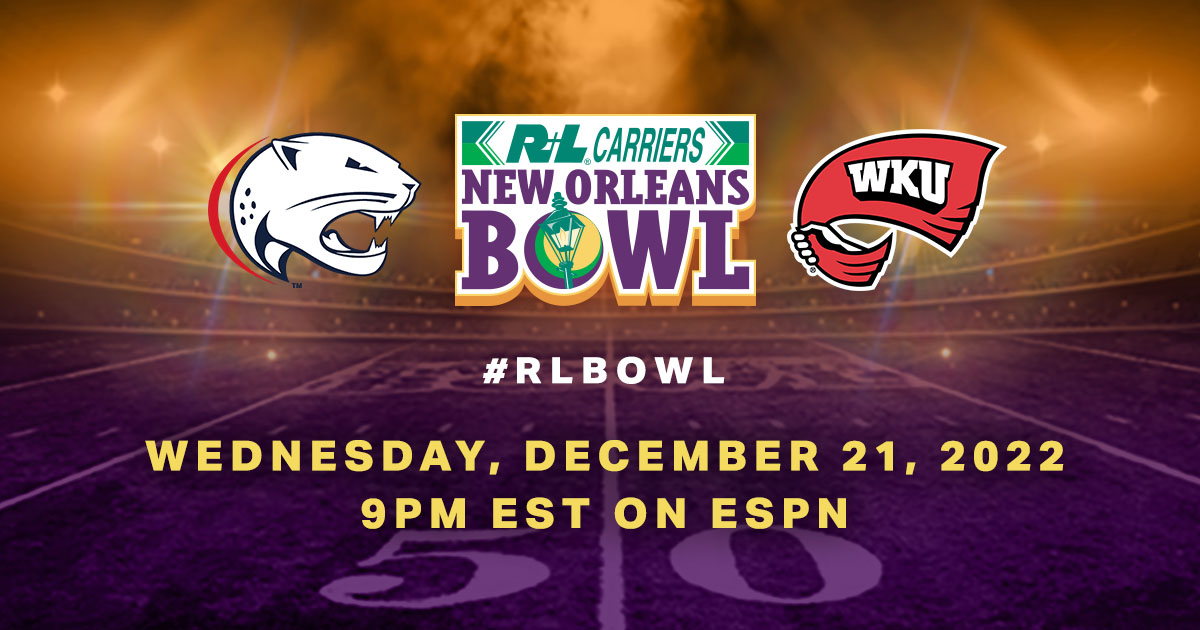 The 2022 R+L Carriers New Orleans Bowl matchup has been set; we’ll see you in the end zone! This year’s Sun Belt Conference representative features the University of South Alabama squaring off against Western Kentucky University from Conference USA. Both teams will be competing for the first time in the R+L Carriers New Orleans Bowl. The 22nd edition of the bowl game will be held in its traditional venue, the Caesars Superdome.

Hilltoppers Head Coach Tyson Helton bring WKU to the R+L Carriers New Orleans Bowl with a 6-2 mark out of Conference USA. He’ll be looking to even the score with the Jaguars after WKU lost to South Alabama 31-24 the last time the teams met in 2013.

Drop by the R+L Carriers Fan Zone to join us in congratulating the victor of this year’s bowl game. Watch the game Wednesday, December 21 at 8pm Central time or 9pm Eastern on ESPN or listen in on ESPN Radio. Want to connect with us on game day? Follow the official R+L Carriers Facebook and Twitter and tag your posts with hashtags #rlbowl. Also, click here to read the official press release announcement.