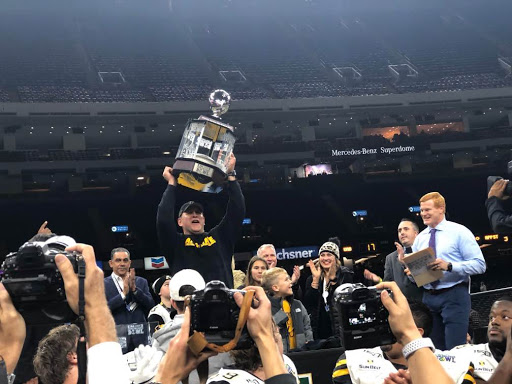 Congratulations to your back-to-back R+L Carriers New Orleans Bowl champions, Appalachian State Mountaineers! The Mountaineers beat the Blazers 31-17 after an astounding game to secure the win.

Fans of both teams had fun engaging with R+L Carriers, the teams, and the New Orleans Bowl during game week. Here’s a look at some of our favorite conversations on social media about the game. Thank you to the city of New Orleans, App State and UAB fans for a great week!

The bowl with the best URL and best hashtag will be played on Saturday: https://t.co/5uAemRM3NY #RLBOWL

Fan Excitement in the Superdome

Whether it was pre-game, game time, or post-game, fans were wild with joy at the 2019 R+L Carriers New Orleans Bowl. App. State and UAB brought some of their strongest supporters to cheer on the teams as they battled it out in the bayou!

I’m So Blessed, Love going into battle with these Mountaineers!! pic.twitter.com/qJzBcKG3Gz

What an unbelievable season this has been…
It’s the Saturday before Christmas and we’re at the @MBSuperdome watching @UAB_FB play #20 @AppState_FB in the @RLCarriers @NewOrleansBowl …and UAB is ahead 14-10 at halftime! pic.twitter.com/555c9qukHI

Behind the Scenes at the R+L Carriers New Orleans Bowl

Fans are an important part of any Bowl Game and so are the crew that make the experience memorable. Check out the tweets below to see more of both team’s bands and the hardworking medical personnel at the 2019 R+L Carriers New Orleans Bowl.

The Mountaineers Takes Home the Win

R+L Carriers’ President Bob Zimmerman presented the Appalachian State Mountaineers with the championship trophy. After a fun-filled week of events such as Media Day, the Day of Service, and the Coaches and Players Luncheon, the Mountaineers are this year’s 2019 R+L New Orleans Bowl Champions!

Join Us Next Year

R+L Carriers returns in 2020 as the New Orleans Bowl title sponsor for the 15th consecutive year. We hope you’ve enjoyed our coverage of the week’s events, we know the players and their fans had an extraordinary time at this year’s game. Join us next December for the 2020 R+L Carriers New Orleans Bowl, until then, let the good times bowl!